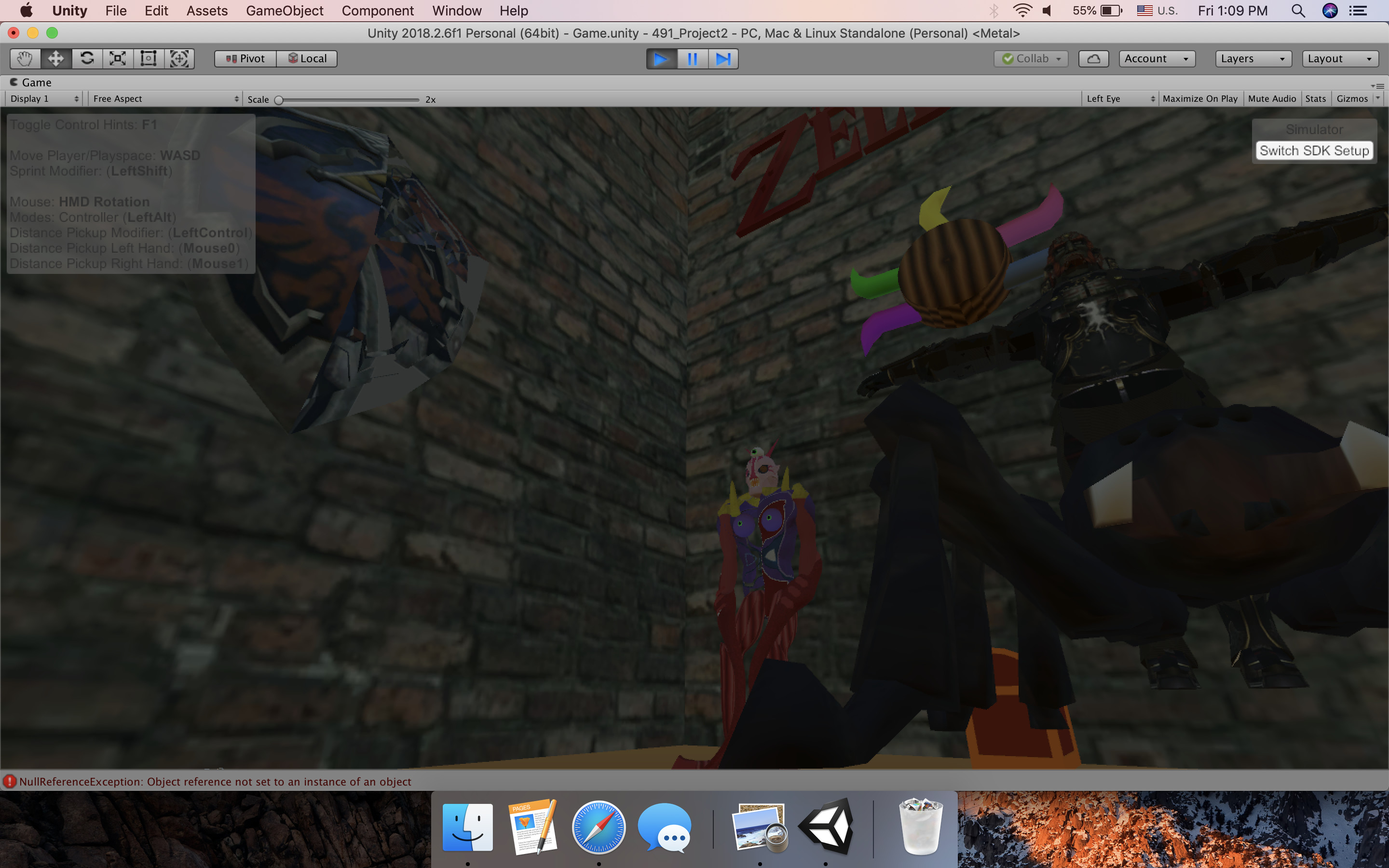 After experiencing it, I reallized these followings:

The texture of the walls looks less defined when I scale the scene 10 times biggers. Maybe it is because the pixels are stretch. I think that it would be better if the texture has higer resolution.

The objects are fine from the distance but I get closer to them, they dont look bad like what happens to the wall. I was very impressed. Maybe because my objects are very simple, not so complecated so when they are scaled 10 times bigger, they still look good. The only thing I realize is that I see my object are made up by a lot of polygons, with a lot of subtle edges. When they are smaller(normal scale), I did not realize that, I thought everything was round

I think that it is really cool to experience eveything so much bigger. It is like going to another world where I suddenly become tiny. For my normal scene, I already had a giant spider. When it is 10 times bigger, it looks so huge. It's like movies where spiders get exposed to radiation and become giant. But instead of seeing it on TV, you see it in virtual reality. It is exciting and scary at the same time. My spider does not move; however, I think it would be so cool if the spider can move and interact with users.

I dont have any problem navigating in the scaled scene. Of course I could not go anywhere since the room get bigger and I could only move in a small portion of it. I tried to grab for thing but it does not work. I think it is understandable since my hand movement is too small in comparison to the scene and the object size.

I think that this could be useful in fields like medicine. When you want to explore, for example, the brain and how neurons interact with each other. Of course you cannot do it with MRI but with this technology, you totally can.You can be right inside a human brain(which is scaled to 100 times biggers) and observe how different parts of it work as well as how neurons interact.